How to Fix ‘em: Arizona Cardinals 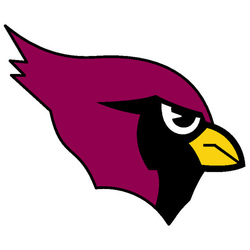 How hard is it to believe that this team actually started out the year 4-0? Kevin Kolb was showing that he could be a starter and the defense was locking down the opposition. Everything fell apart when a suspect offensive line began playing up to its reputation and the fragile Kevin Kolb was hurt once again. John Skelton and Ryan Lindley took turns showing off some horrific quarterback play and the offense completely collapsed under their watch. The whole ordeal got Ken Whisenhunt fired and even though I think he is a good coach, he struggled to put together a competent offense. The defense has blossomed under the watch of Ray Horton, and he is a candidate for the top job. It sound like either way, the Cardinals want to keep him on staff. That would be great because this is a defensive group that has a lot of good pieces in place and carried this team at times. I am sure they want to follow Horton and getting rid of him would be a mistake. This offense needs a ton of work, so that the talents of Larry Fitzgerald aren’t totally waster for another year.

(Image taken from: http://findlogo.net/show/detail/A/arizona-cardinals-logo#.UPdxYaVnL18)
Powered by