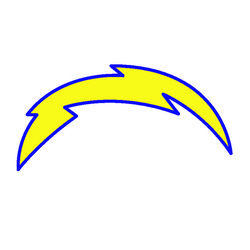 The Chargers had another disappointing season. It should come as no surprise, since were kept on for this year Norv Turner and GM A.J. Smith. This inept duo has now been fired, but it was a year too late. It is hard to know what the future of this team holds. The Chargers are normally paraded about as a team with a talented roster that often underachieves, but this roster hasn’t been an upper echelon group in several years. Some of their great players are no loner here, or in a steep decline. It is most troublesome that Philip Rivers may now fit in the latter category. He has not looked good the past two years and his physical skills may be in decline. He also struggled under immense pressure this year because his line couldn’t protect him. If Rivers can get back on track this team could see a quick turnaround, but if not, this is a long rebuild that is several years away. Either way, San Diego has some work to do on both sides of the ball this offseason.