How to Fix ‘em: Philadelphia Eagles 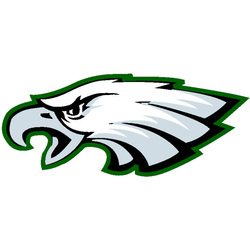 Well it was a fun ride under Andy Reid, Eagles fans. Well, at least the first thirteen years. This is a roster with a ton of holes and it’s hard to say exactly how many great players remain on this team. The problem with the two-year “dream team” experiment is that the roster was, in theory, incredibly top heavy, but the positions that didn’t have that top end talent were some of the worst position groups in the league, never mind that those top end players/parts of the roster never played up to their billing. The sum wasn’t equal to the whole of its parts, as they say. The new coach has a hell of a job on his hands because this roster frankly needs a hack job. A ton of overpaid, and poorly fit parts, need to be jettisoned. There are a few things to build on, LeSean McCoy and Bryce Brown come to mind, but overall this roster is in bad shape and there are needs all over the place. A notoriously impatient fan base in Philadelphia is going to have to be very patient with this team, because it could be a long time until we see a run of success like this team had under Reid.