How to Fix ‘em: Jacksonville Jaguars 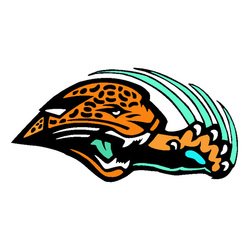 Year in Review:
The Jaguars were a mess this year and it mostly came back to the most important position on the field. Quarterback Blaine Gabbert had a Jimmy Clausen like rookie year as he cowered before the rush and showed almost no football acumen at all. However the Jaguars did not have any real competition for him, they never gave Chad Henne a chance to win that job, and he did not improve despite a better set of receivers to play with. A career 70.2 passer rating is enough to declare him a sunk cost. The Jaguars need to completely rebuild this operation and new owner Shad Kahn looks like he is ready to do just that. As far as the firing of General Manager Gene Smith: this was a completely necessary move to make. Smith was a well-regarded scout for the Jags before being promoted, but he simply had way too may misses in the draft and free agency to continue to hold this job. His trading up for and pick of Blaine Gabbert is the move that ultimately ended up sealing his fate. This marks a new era in Jaguar football.

Update (1/10): The Jaguars made the correct move to fire Mike Mularkey. Now I do not list this in offseason moves page because I do not feel comfortable giving grades on people being fired because of how it negatively affects small no named coaches and staff members and their families. Never the less, I support this move because Mularkey is not only a bit bland as a play caller and an offensive mind, but because I strongly believe that the head coach and GM must be on the same page. Despite their history in Atlanta together, clearly Caldwell felt that he and Mularkey were not.