The Eye in the Sky:
Colts vs. Seahawks (Week Five) All-22 Breakdown

1)    What’s up with Colts running back Trent Richardson? 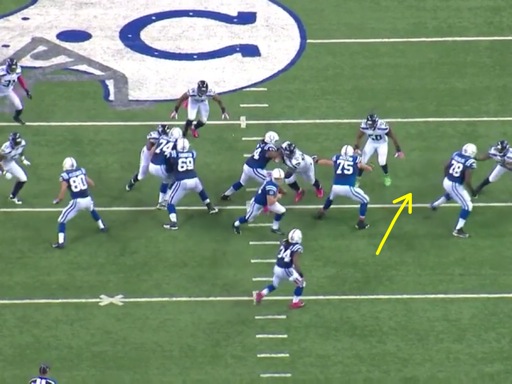 However, as illustrated in this next image, both center Samson Satele and right tackle Gosder Cherilus (one of the Colts strangely overpaid free agent signings) pathetically fail to even get their hands on the Seahawks defensive linemen they are matched up against. 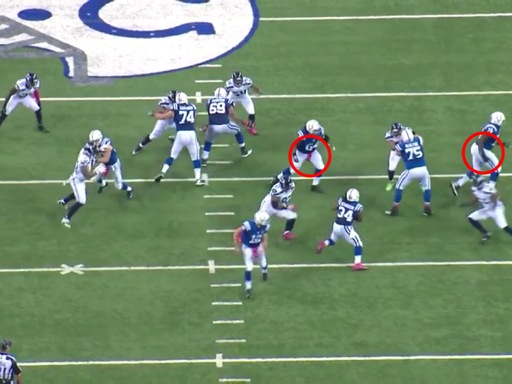 2)    Seattle’s offense is a real treat to watch 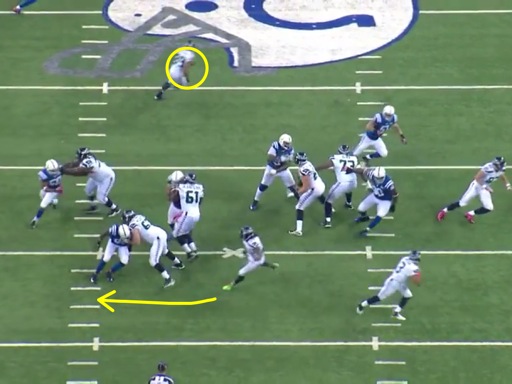 3)    To state the obvious: Andrew Luck is really good 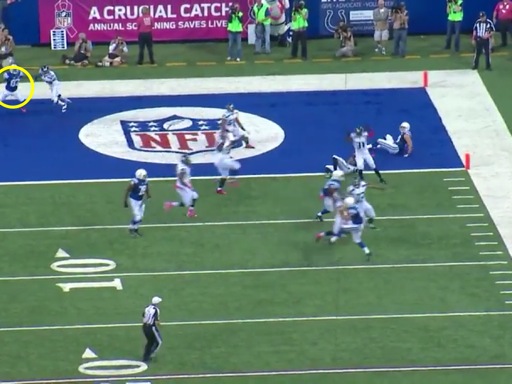 4)    I am not so sure Richard Sherman was responsible for T.Y. Hilton’s big day