How to Fix ‘em: Oakland Raiders 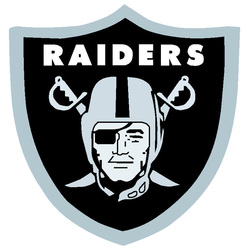 It was another lost season in Oakland, but management wisely stayed the course with Dennis Allen and Reggie McKenzie. The cap situation was a nightmare and last year was more about cleaning out bad contracts and preparing money for the future. Unfortunately some bad decisions were still made. Forcing their best player, Darren McFadden, into a scheme that he didn’t fit into, the zone blocking scheme under offensive coordinator Greg Knapp, was a poor decision. Good coaches build their schemes around their best players, not vice-versa. Knapp was wisely let go. also the Raiders did not jettison locker room problem Rolando McClain when he fell out of favor with the staff and then released a serious of social media posts saying he was done with the Raiders. McClain has been nothing but trouble for the Raiders and it is beyond me why he was not released. Its incidents like this that make me wonder if the Raiders really are turning a new corner or if its business as usual here. I believe in McKenzie specifically as a personal evaluator, but I am not so sure I trust Allen to control that locker room. In general the Raiders need to add a ton of depth all across the roster, and it’s hard to come up with only five needs.