How to Fix ‘em: Cleveland Browns 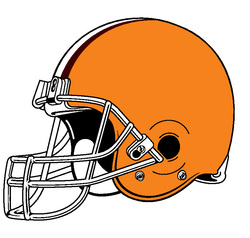 Mike Holmgren really did a number on this franchise. He was a sought after team president/top decision maker type (no idea after Seattle Revoked those powers from him when he was there) when the Browns hired him. However, he clearly never let go of the coaching itch and he set up a ridiculous power structure with Tom Heckert, Pat Shurmer, and Brad Childress all serving as puppets for Holmgren to play with in different roles. Well the Holmgren era is over, and surprisingly the offense actually has some nice young players to build upon and pair with a solid defense. Trent Richardson provides the potential for a top five running back, while Josh Gordon showed major skills, and there is already a solid offensive line in place. The question is whether Brandon Weeden, who is already fast approaching 30 years old, can be the quarterback for the (immediate) future. He may actually be a good fit for the system new head coach Rob Chudsinski will set up. It should also be noted that reports indicate that Chud plans on switching the defense to a 3-4, but more on that later.