The Commodification of NFL Players 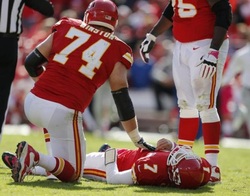 Somehow, some way, it has come to this. The community of football fans and a society at large, has reached a point in its history where some of their own find it acceptable to not only go to an underperforming player’s home and burn his jersey, but to actually cheer when that player exits a football game with an injury. In light of the recent unacceptable behavior shown by a certain portion of Houston Texans fans toward their struggling quarterback, Matt Schaub, it is time those in the community of NFL fans take a step back, look and honestly assess how it could come to this. For this is not the first time a fan base erupted in cheers when a player left a game with a potentially serious injury. Last season offensive tackle, Eric Winston, felt the need to correctly chastise felt the need to correctly chastise the Kansas City Chiefs fan base when they cheered as then quarterback, exited a game with a concussion. Right along side the Schaub incident last weekend some fans in the 49ers stadium could be seen doing the wave as the defensive end for their division rival Arizona Cardinals, Calais Campbell, had to be taken from the field on a stretcher with a neck injury. Members of the media have cried out in outrage for fans to get a grip on reality and remember that these players are real human beings when they feel the urge to act gleefully in light of a player’s injury. However, therein lies the problem; the public has come to view NFL players not as people, but as a commodity. Just as social theorist, Karl Marx believed that members of the bourgeois upper class came to view members of the proletariat working class as mere commodities, or material possessions whose value is only as good as what they were worth to them, so have fans come to view NFL players. Since this mindset has clearly carried some fans to truly despicable acts, it should be a mission for the rest of the fan community to examine how this mindset was born.

One of the easiest, and probably too convenient, explanations can be found at the feet of everyone’s two favorite societal evils to blame, television and video games. As society slips further into a digital culture it has become increasingly difficult for individuals to disseminate between reality and what takes place in the digital realm. It would seem that visually seeing a player exist through the television screen would actually solidify the concept “hey, this is a real person”, but instead it could be argued that portraying the game of football on television actually only further creates the false reality of the player’s sole role as a football player. Just as television viewers come to conceptualize an actor as only their favorite sitcom characters, the NFL fan comes to only understand these men in a singular role as a player. Fans turn the television off at the end of the broadcast and are never forced to consider the players as anything more than another character that walks across their screen.

Video games have the potential to only take things to another level of false reality. The incredibly popular Madden Football franchise creates a digital replica of all the NFL players and gives the fans the power to completely control them. Of course, Madden gives its gamers the ability to control player’s movements during simulated football games, but the power afforded to the gamer goes much deeper than that. Through the franchise mode, gamers have the option to completely alter the landscape of the NFL and a player’s fate. Jaguars fans, would you rather see Andrew Luck leading your squad rather than your division rival Colts? Madden can grant you that power. Raiders fans, are you tired of running back Darren McFadden’s constant injuries and want him off the roster all together? Pick up the controller. Do you want the ability to cut, sign, or trade any player you want without any sort of human consideration necessary? There is a copy of Madden waiting for you at your local store. This is not meant to be a condemnation of the Madden Football game, far from it, but it must be considered as a possible avenue for subconsciously dehumanizing players. When anyone can pick up a Madden game and control anything that happens to Matt Schaub, it probably becomes difficult for them to consciously differentiate Schaub the father and husband from Schaub the struggling player, even as he is assisted in limping off the field. 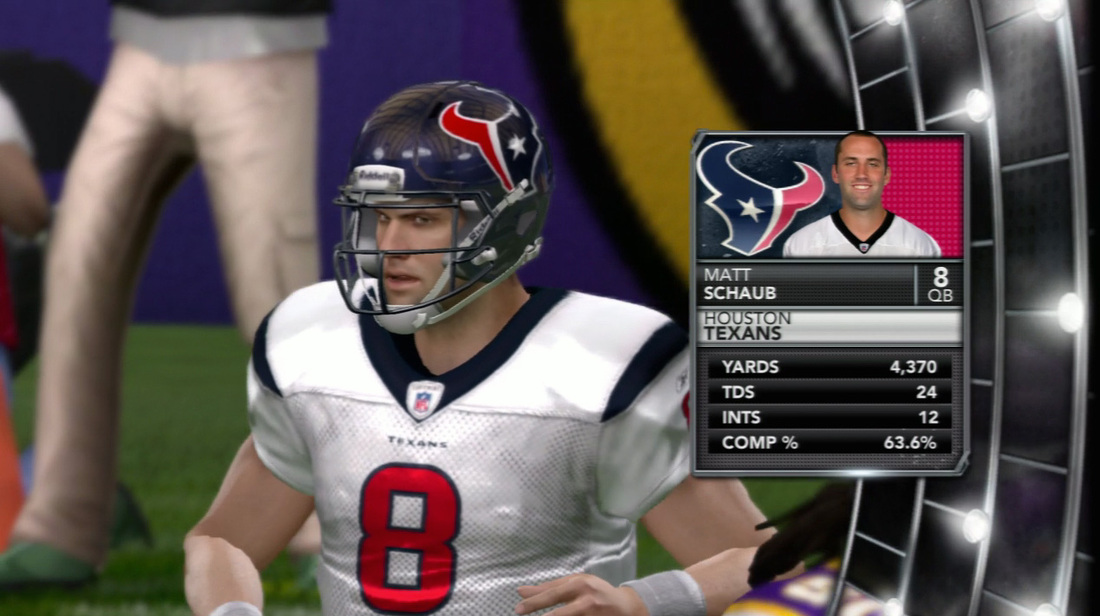 Could this digital representation of players be a part of why society has turned them into mere commodities?
All fans just want their teams to win, it seems innocent enough. Most fans have been loyal to their team through good times and bad for a number of years, and some even since birth. Fans want to be able to go into the office Monday morning and boast about their team’s win, not cower behind the water cooler after an embarrassing loss. A loss from your team can ruin your Sunday, and a win can make even food taste better. However, you feel about that mindset is irrelevant; it’s the cold hard truth of a loyal fan’s desperation in wanting to see his or her team succeed. Due to this mindset players become a simple “means to an end”. Consider this bit by comedian Jerry Seinfeld.
Though this is made in a satirical fashion, it actually gives a pretty good glimpse into the mindset of the fan. Players exist only to fulfill the function of gathering wins for a fan’s favorite team, and when the player does something that prohibits them from fulfilling that function, like going to another team or playing poorly, that player is no longer of any use to the fan. For this reason we see fans clamor for players to be cut or benched, and why we have seen some cheer when a player the coaching staff will not bench is forced to leave the game with an injury. The fan just wants their team to win, and if the player is a mere commodity, they just need to get out of the way of victory no matter what the cost.

Unfortunately it seems that in some ways sports culture, and the narrative that comes with it, inherently lends itself to the commodification of its players. In the NFL, players are sent out on to the field masked in a uniform and become anonymous figures representing a larger organization. The language used to discuss players is the greatest catalyst in the commodification of players. Just like school children trade fruit roll ups for pudding packs with friends in a school lunch cafeteria, so do NFL teams trade players back and forth as mere assets. Society assigns values to its favorite commodities like clothes, cars, and cell phones, so do NFL teams assign a value to each player that hits the open free agent market. Even those in the NFL writer’s community are guilty of furthering the “players as commodities” mindset. When the New England Patriots placed Vince Wilfork on injured reserve every writer or analyst is forced to discuss and consider how that injury will affect New England’s chance at a Super Bowl title, but rarely will you see someone consider how that will affect Wilfork the man. No one writes or discusses how a torn Achilles tendon will affect Wilfork when helping his wife around the house, or how it will affect his ability to play with his three children. It is not an excuse, but it does seem that the nature of the beast we all love lends itself to the commodification of the one group who makes it all happen, its players.

Through a process over time and by a number of societal vehicles, it seems NFL players have come to be dehumanized and viewed as mere commodities by the fans of this great game. The goal of this theory is not encompass or condemn all football fans; rather it is merely a tool to assist those of in the NFL fan community in understanding and changing the mindset that has led some fans to commit some wicked and over the top acts. The NFL is America’s most popular sport, a thriving industry, and something that brings joy to countless individual’s lives on a daily basis, and it is the duty of the followers of the game to eradicate any and all potential evils and embarrassments that could tarnish its name. If it takes a change in the mindset of how NFL players players are viewed in order to bring those fans that cheer a player’s injury back to reality, then everyone should be up to the task.
Images taken from:http://www.faniq.com/blog/Eric-Winstons-Response-to-Fans-Cheering-Matt-Cassels-Injury-Blog-56120
http://www.operationsports.com/forums/madden-nfl-football/504901-madden-12-retail-impressions-graphics-presentation-no-questions-discussion-21.html