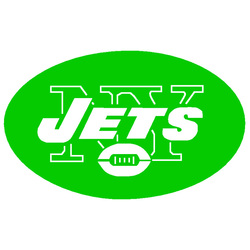 Year in Review:
Oh boy, where to begin? So much went wrong for the Jets in 2012 it’s hard to sum it all up in this yearly review blurb. Well, we know the quarterback position, and the entire offense under the inept Tony Sparano, was a nightmare. Mark Sanchez has gone into full on regression mode, and he simply cannot be allowed to start for this team again. Of course the Cult of Tebow didn’t help matters. I feel bad for Tebow, he clearly never got a fair shake at this job and the way Sparano used him in his “awesome” wildcat packages was just a total disgrace. Sparano was fired and rightfully so; he is one of the worst offensive coaches we have ever seen. Still, Tebow isn’t the answer and he will be playing elsewhere next season. On the defense they were good, but not great. However, an offense that can actually sustain drives and stay on the field would go a long way for the defense. It looks like Rex Ryan is going to keep his job, and I have mixed feelings on that decision. I respect Rex as a pure X’s and O’s football coach, and consider him to be one of the best defensive minds of our time. Never the less, Rex has mismanaged this team and has been a big part in creating a bad culture that has come back to bite this team. I never liked reports that he would so strongly pit the offense and defense against each other in practices. Its good to create competition on your team, but when one side of the ball is so clearly the weak link of the squad, you naturally create dissention and mutiny in a locker room which wasn’t exactly assembled with choir boys. Rex gets another year to prove he is the leader New York needs, but with a new General Manager facing a nightmarish cap situation and no good way out of the Sanchez mess, I can’t say my confidence is high.