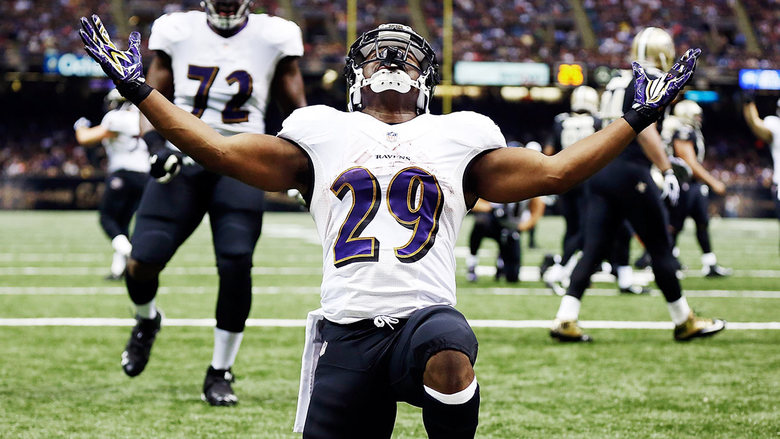 Justin Forsett is one of many player's I'm banking on to anchor the majority of my 2015 fantasy teams (Image: Fox Sports)
While my main fantasy football job is with NFL.com now, I am still a new arrival, and arrived a little late to the party. As such, my preseason draft rankings will not be featured on the site this season. Instead, I've decided to publish my rankings to my home base here at Backyard Banter.

If you are unfamiliar with tiered rankings, I hope this can serve as a nice introduction for you. I personally believe tiers are essential to fantasy rankings. They can help make decisions clearer on draft days. Let's play out an example. Going by my rankings as a list you'll see I have Martavis Bryant over Julian Edelman. But just looking at this in a numerical sense is limiting. If you are in the fifth round of a PPR league, and you're just looking for a safe receiver to compliment a heavy running back start, you can see a player like Edelman is in my fourth tier and pull the trigger. If you are in the same situation, but went with a balanced early start, and now you're rolling for upside, you see Bryant and take the plunge. Both players are in the same tier, and therefore I view their outlooks similarly. This is one of many examples where tiers can help guide you far more effectively in a fantasy draft, as opposed to a straight numbered list ranking.

My rankings are done based on a PPR scoring format, and I spared us both the painful shame of including kickers. If you have questions, comments or concerns, feel free to reach out to me on Twitter (@MattHarmon_BYB)
Comment Form is loading comments...
Powered by