How to Fix ‘em: Tennessee Titans 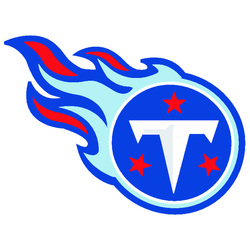 After a very disappointing season the Titans largely decided to stay the course. The coaching staff was retained almost entirely and the only front office move that was made was the firing of executive vice president Mike Reinfeldt who wasn’t heavily involved in the personnel side of things. Many said that this move was a reflection of Bud Adam’s continuing displeasure that his executives failed in Adam’s delusional pursuit of Peyton Manning. Adams seems to be another one of these owners that seems to be too heavily involved with his own franchise. It used to be his love affair with former Vince Young, and then this season he threatened the entire staff and then didn’t fire his head coach or either coordinator. Taking a hard stance and then making no changes doesn’t really make much sense. Adams needs to take a step a step back now that he is in the latter stages of his life. On the field, there are a lot of concerns for the Titans. Jake Locker does not look anything like a franchise quarterback to this point, but an injury situation made it hard to evaluate him this season. The Titans probably have to roll with him another year. Chris Johnson looks like a good starting running back, but nothing close to the “premium player” he wanted to be paid like. Defensively, there are concerns at every level. This unit was one of the worst in the league and its tough to understand why Jerry Gray was retained. Despite having some good talent, Tennessee will need a great offseason to become a competitive team again.