How to Fix ‘em: Buffalo Bills 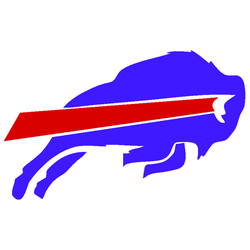 Year in Review:
The Bills can’t get it right. They haven’t been to the playoffs since the 1990’s and their head coach/quarterback combinations have been dreadful. The Gailey/Fitzpatrick combination has run its course here as well. Gailey was let go after doing a very poor job, and Fitzpatrick should be released from his ridiculous contract soon enough. The Bills are a big rebuilding project and I don’t see a lot of things to hang your hat on here other than their running backs and defensive linemen. The one thing the Bills do need to make sure they get right is putting a system in place that emphasizes the running game. Chan Gailey was completely irresponsible in his misuse of his most electric playmaker in C.J. Spiller. With Spiller and Jackson the Bills have a set of potential foundation players for their offense and two players with diverse skill sets. The defense has some pieces, a potentially dominant defense and Jarius Byrd (who is a free agent) but it still perfomed poorly. Their performance against the run was epically bad in particular. Just by cleaning house, the Bills will do a lot of good for themselves.