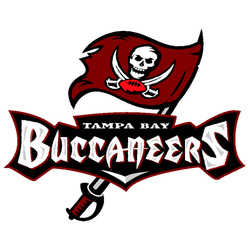 The Buccaneers started off the season hot, and looked poised to be a surprise playoff team. Well, the Bucs experienced an all too familiar second half of the season collapse and finished 7-9. Its worth wondering whether Greg Schiano’s college mentality began to wear on some players down the stretch. Though as I mentioned in their season preview power rankings segment, I do not think the Buccaneers are filled with the type of “Buccaneer Men” that Schiano wants on his team just yet. There are noticeable building blocks here, especially on offense where Doug Martin was the star of the show, but receivers Vincent Jackson and Mike Williams were also amongst the best receiver tandems in the league. The offensive line is solid and the defense has some young core players. The elephant in the room is quarterback Josh Freeman. He started off strong, but he went down the drain in the second half of the season and was down right abysmal in several contests. Tampa Bay cannot definitively say that he is the answer as he has regressed tremendously since his stellar 2010 season. If Tampa Bay stick with Freeman, and he does not improve, all the other good players on this roster will not matter for much. An inconsistent Freeman would probably lead this talented roster to another 7-9 campaign next year, or worse.