How to Fix ‘em: Miami Dolphins 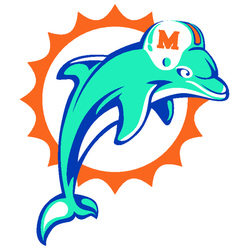 You have to call this year a success for the Miami Dolphins. Not many publications had them any higher than #30 in their preseason power rankings, and many even projected them to be the worst team in the league. They said Ryan Tannehill was not ready and there were even murmurs that first year head coach Joe Philbin was in over his head. Well Tannehill looked pretty good despite a pretty bare cupboard supporting cast and the Dolphins finished with a pretty decent 7-9 record. In addition to a good start for the new regime the Dolphins are also well positioned to improve as they are in the top three for available cap space amongst NFL teams. This is beneficial since they have some players they ought to retain and can supplement their young core with some free agent signings. Of the three teams that are behind the Patriots in the AFC East Miami certainly looks like the one that is poised to emerge from the pack.