How to Fix ‘em: Detroit Lions 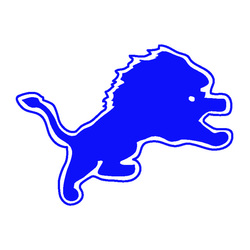 Last year was the surprise playoff appearance, and this year was supposed to be the beginning of sustained success. Well things could not have been anymore of the opposite. The Lions were an undisciplined bunch and it showed in a number of close games. Stupid penalties, costly turnovers, these were just a couple examples of things that sabotaged the Lions season. The Lions reportedly considered a coaching change, but in the end opted to stick with what they had. I think that is the right move because Jim Schwartz did inherit a roster that went 0-16 and is still building a program. However, Schwartz does need to work to change the thuggin’ culture that has begun to permeate the Lions organization. The Lions need to institute a zero tolerance policy; no more bringing in questionable character guys and immediate release for any guys on the roster who get into trouble. It is very clear that the poor character guys on the roster has translated to undisciplined and lackluster play on the filed. There are also some personal changes that need to be made with the roster.